This article was written by Jenni McCann and originally appeared in Cape Business News. 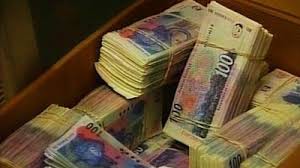 CAPE TOWN headquartered retail conglomerates appeared to enjoy brisk Christmas trading with recent sales updates mostly confirming double digit growth. The trading statements – to an extent – allay fears that discretionary spending would dry up as consumers faced up to the prospect of lower salary increases and the prospect of higher interest rates as well as higher prices following the calamitous collapse in the rand against major international currencies. But the outlook for 2016 remains cautious, and local retailers are going to have to work extra hard to maintain margins and keep top line ticking over.

Woolworths – which sells a combination of groceries, general merchandise and fashion lines – reported group sales up a sprightly 17% for the 26 weeks ended 27 December 2015. If the recently acquired business of Australian-based department store David Jones was excluded, then Woolworths’ sales increased by 12,3%.

Woolworths clothing sales increased by 11,7% with a price movement of 6,6%. Sales in comparable stores grew by 8% with net retailing space growing 7,2%. General merchandise sales growth was markedly slower, increasing by 5,8% and only by 2,3% in comparable stores.

But Woolworths Food sales jumped by 12,1% with a price movement of 5,7%. Sales in comparable stores grew by 5,8% with net retail space increasing almost 10%.

Fashion retailer Truworths International – which has recently seen its retiring CEO Michael Mark opting to stay on board until 2017 – disclosed that its group retail sales for the 26-week period to the end of 2015 increased 36% to R8,5bn. The turnover growth figure, though, does include contributions from the recently acquired Office Retail Group as well as the Earthchild and Naartjie businesses.

Office is a cash based footwear retailer in the UK – in which Truworths acquired an 89% stake in early December. The contribution from Office meant Truworths encouragingly reported that group cash sales grew by 85% and credit sales by almost 16%. Credit sales comprised about 60% of total sales. If the sales recorded by Office, Earthchild and Naartjie were set aside, the retail sales for the period increased by 15% to R7,2bn with cash sales growth of 16% and credit sales growth of 15%

Like-for-like store retail sales give some indication of how tough trading really was in the 26-week period – increasing by just 10% for the period with product inflation averaging 9%. Truworths reported that the percentage of active account holders able to purchase remained at 86%.

The Foschini Group – which also owns menswear specialist Markhams – reported that Christmas trading was above expectation with group sales growth for December coming in at a nifty 27,2%. If the recently acquired UK-based Phase Eight business was excluded, then turnover growth was 13,5% with same store growth of 6,9%.

Foschini reported that group sales for the nine months to 26 December 2015 increased 33,0%. But if Phase Eight was stripped out then turnover growth registered just below 12%, and less than 6% on a same store basis. Foschini also conveniently provided a post-Christmas sales update from December 27 to January 9 – noting group sales up almost 40% and 12,5% in Phase Eight was taken out of the equation. Same store growth was 6,2%.

Woodstock-based New Clicks – which owns Clicks Stores, Musica and the Body Shop – reported group turnover up 12% in the 20 weeks to January. The flagship Clicks chain increased sales by 13,6% – a performance, its directors contended, highlighted the resilience of the business in an environment of declining consumer confidence and increasing economic uncertainty.

Clicks reported comparable store sales growth of almost 116% and showed real volume growth of 7,2% with selling price inflation measured at 3,4%. The Body Shop increased sales by 12,7% and by 9,3% in comparable stores, while Musica grew sales by 2,6%. Total group turnover grew topped R9,2bn for the period with CE David Kneale singling out the Clicks chain, which managed a strong performance across all product categories.

“Over the festive season in particular customers responded positively to our product ranges and to our promotions.”

Looking ahead, Kneale expected trading conditions to be challenging, with consumers facing further pressure from a combination of higher inflation and rising interest rates.

Brackenfell-based supermarket giant Shoprite seemed to labour for growth traction in the six months to end December 2015. Group turnover increased 8,8% from R57,5bn to about R62,5bn. But growth on a like-for-like basis was a pedestrian 2,8%. CEO Whitey Basson said that after an improved second quarter driven by good festive season trading, the South African supermarket operations increased sales by 7,2%. Internal inflation averaged just 2.7% for the period.

The group’s non-RSA supermarkets – mainly scattered around Africa – recorded sales growth of 15,2%. This is a commendable effort considering the impact of (dramatically) lower commodity prices and the devaluation of certain currencies. Shoprite’s furniture division grew sales by 13,7% for the period with the OK Furniture brand the stand out performer.

Just how big is the Bangladesh garment sector? Amazon has quietly launched its own clothing lines, as it tries to take over...
Scroll to top